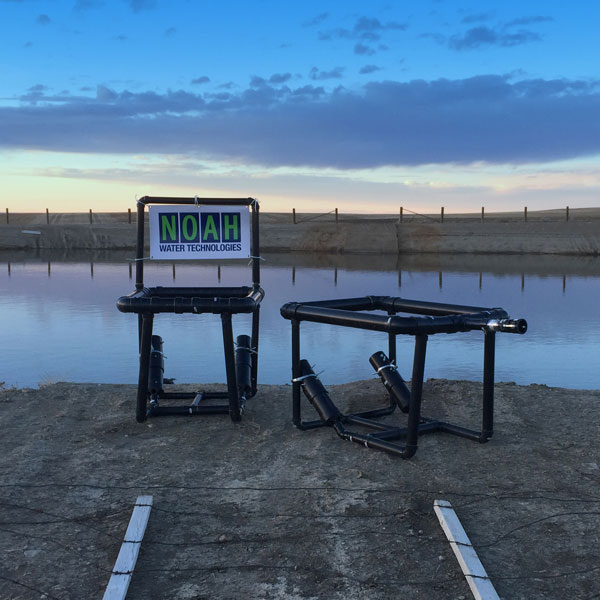 NOAH Water Technologies Manure Lagoon Remediation process is the prototypical example of a Green Technology that is difficult to bring to market despite its demonstrable environmental benefits.

The following are the results from a Pilot Project conducted in 2016 to examine the system's ability to scale up to large manure holding facilities.

The Rockport Hutterite colony is located just East of Magrath Alberta. It contains two lagoons that needed attention one for human sewage and the other for their manure pond.

The primary constituent of the lagoon was hog manure however it also contained some waste from their chicken and dairy facilities.

The dimension of the manure lagoon was approximately 75m wide by 100m long and 5m deep -- about the size of a football field, including the running track. The liquid capacity of the lagoon was estimated to be 10 million US gallons (37,500 M3), the volume of approximately 15 Olympic Swimming Pools.

The pilot was conducted using one HIOS raft and a sonication system containing ten different frequencies, powered by a 6000 Watt gasoline generator.

The equipment and controls were housed in a 20-foot cargo container, which had extra capacity that could be used for the human sewage facility if desired. 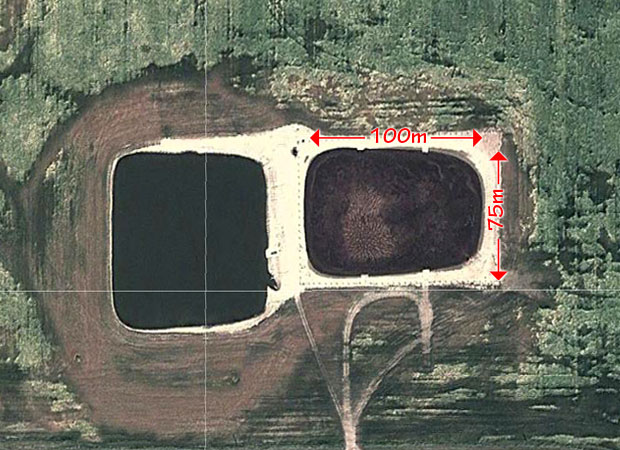 Within one minute foam began to form around the raft, the odor began to rise as trapped methane was released. 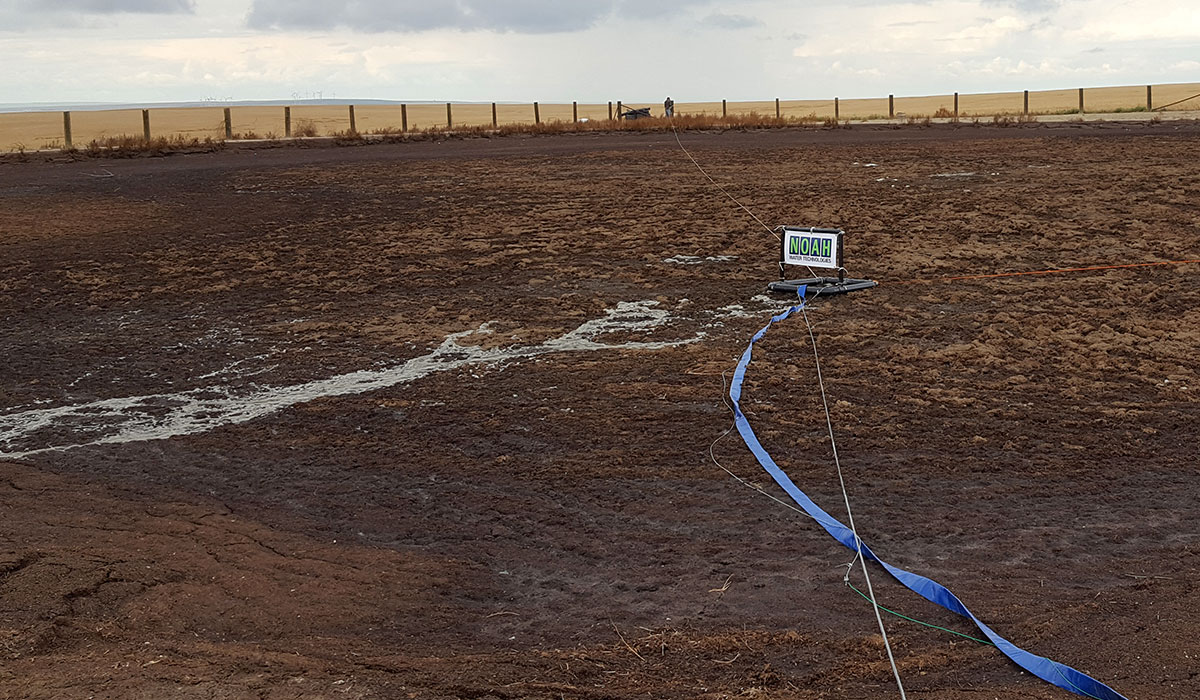 Foam continues to increase and the area around the raft is beginning to liquefy. 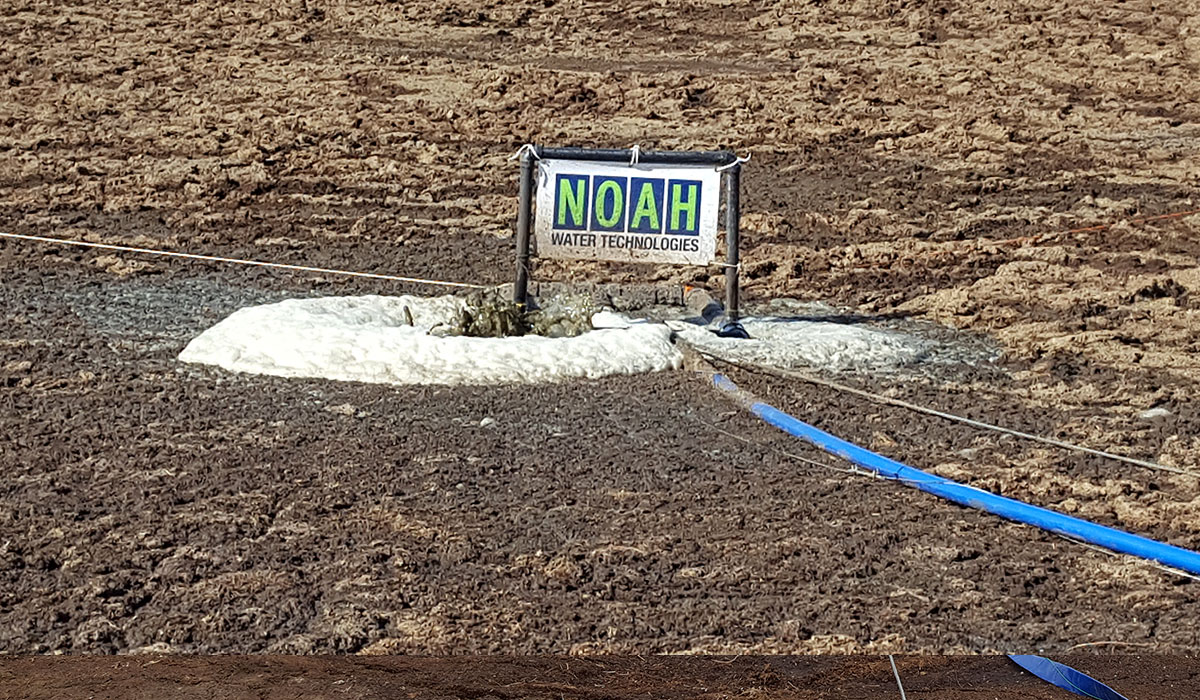 All over the manure lagoon foam bubbles are breaking through the solid crust giving evidence that the bacterial colonies are increasing rapidly. 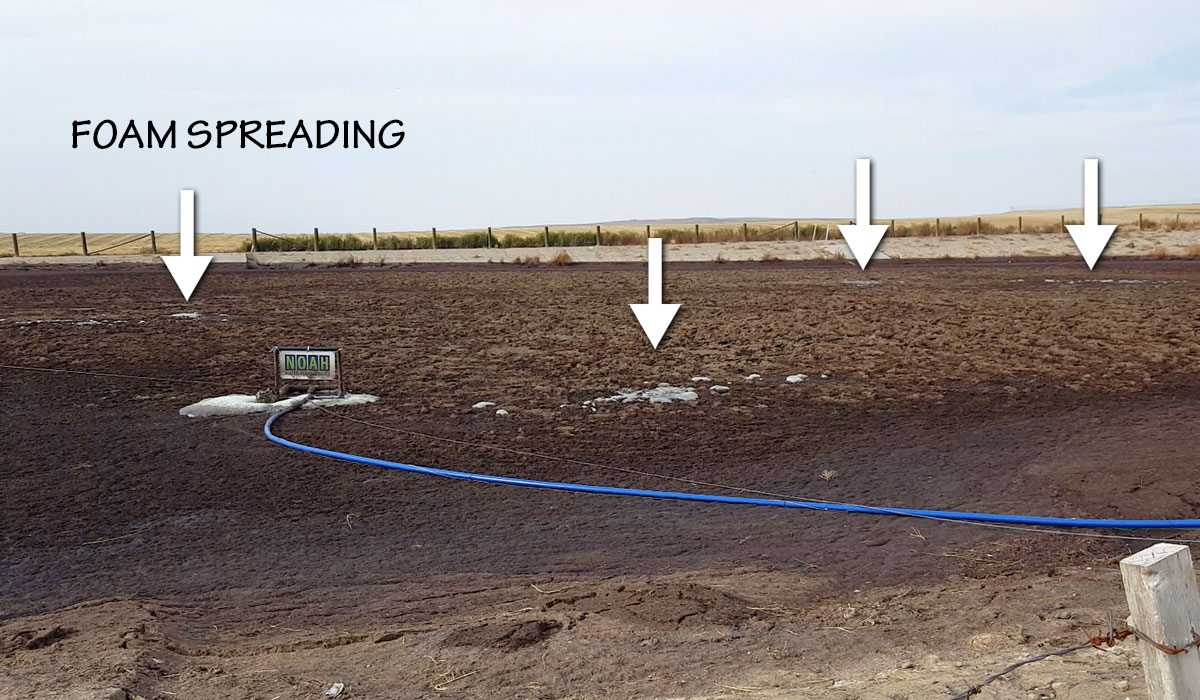 The entire lagoon is being affected with minimal agitation or movement of water indicates that a considerable amount of the effect is being done by the frequency generators.

The frequencies can travel long distances in water and are therefore capable of reaching every corner of the lagoon. 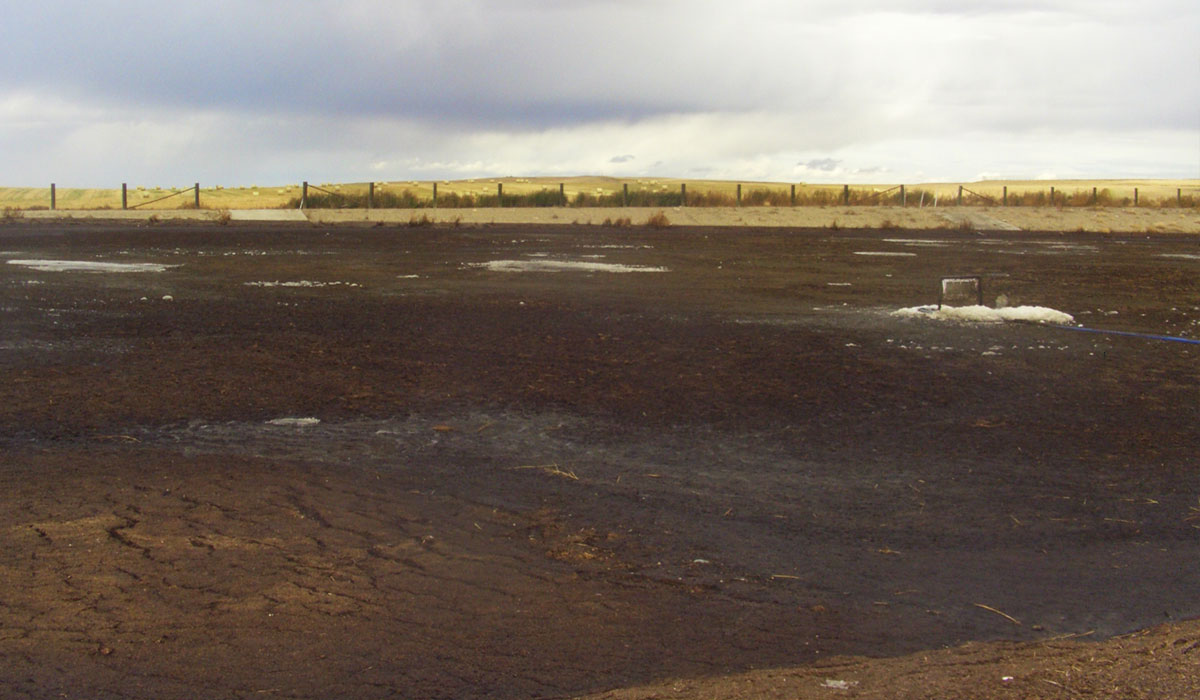 The cap, now so thin and liquid, is pushed to the eastern side of the lagoon by the strong winds exposing large areas without any crust.

The manure cap, around 30cm at the start of the process, has been reduced to less than 5cm.

The amount of foam is decreasing indicating that the lagoon is switching from an anaerobic to aerobic state. 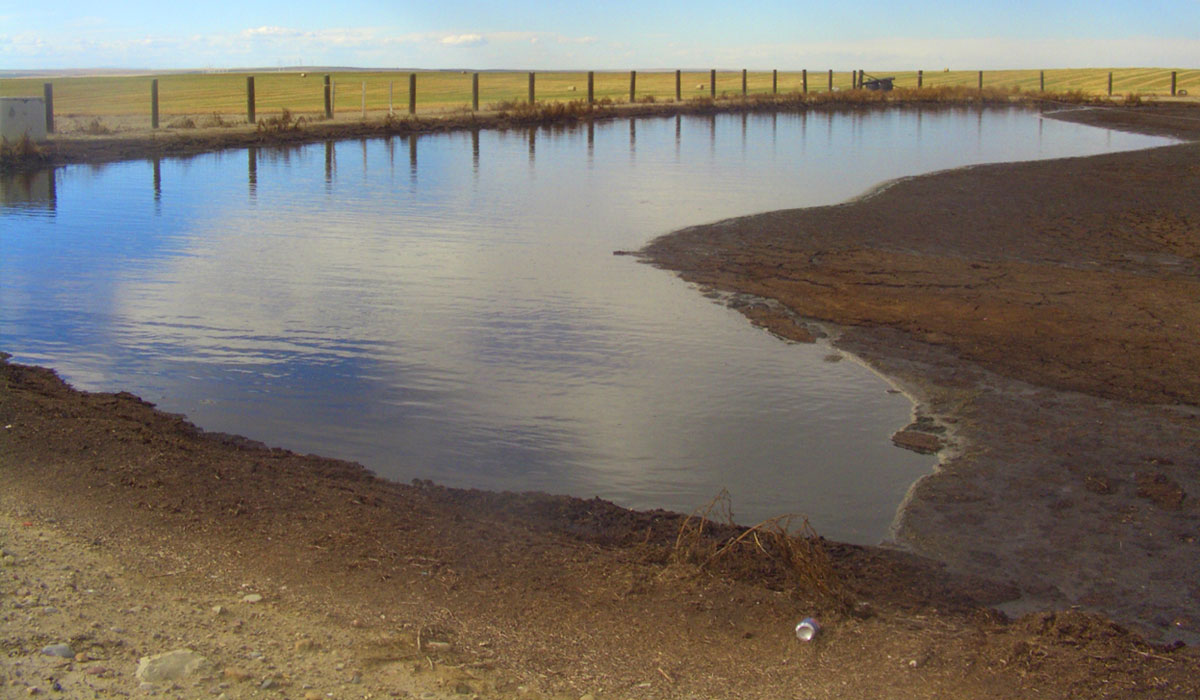 The pond displayed a new phenomenon on day 20; geysers of manure solids erupting all over the pond, indicating that bacterial action had penetrated to the pond's bottom.

Over the years, it was estimated that approximately 8 feet of compacted manure had accumulated on the pond's bottom. This manure could not be extracted using traditional spreading practices.

Manure rising from the bottom created more floating matter on the pond's surface; however, having separated from the bottom, it presents a larger surface area for the bacteria to consume. 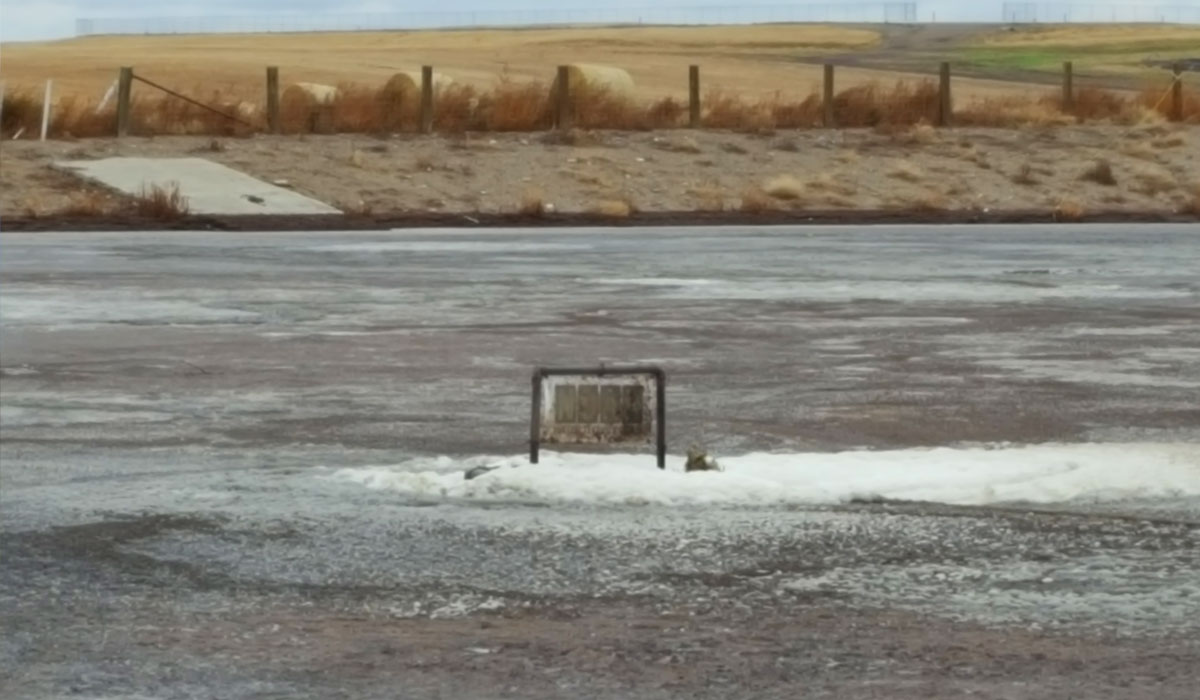 Any manure visible on the lagoon's surface now is almost entirely coming up from the pond's bottom. The bacteria quickly digest the solids from the geysers and the new manure flowing in from the barns. 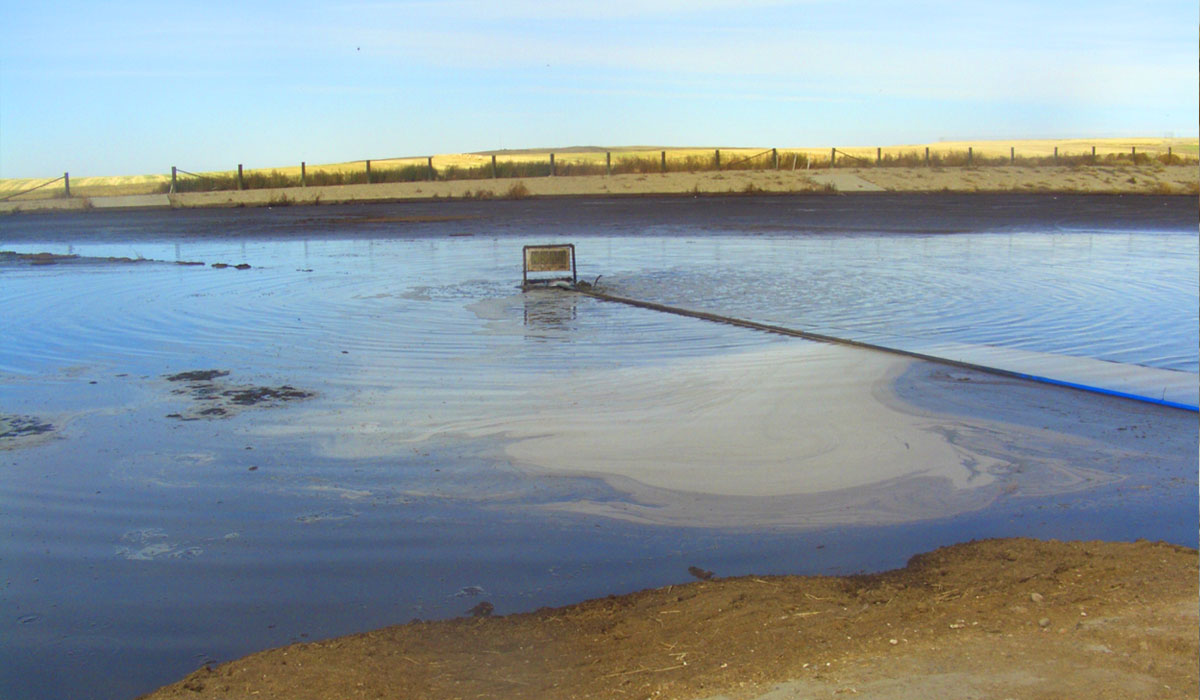 Eruptions of fresh solids from the bottom of the pits continue over the pond's surface. The farmer said that they had not been able to remove the solids for over ten years using traditional methods.

The manure pond is almost entirely liquid now, will be spread on the fields as an agricultural grade nutrient the following week. 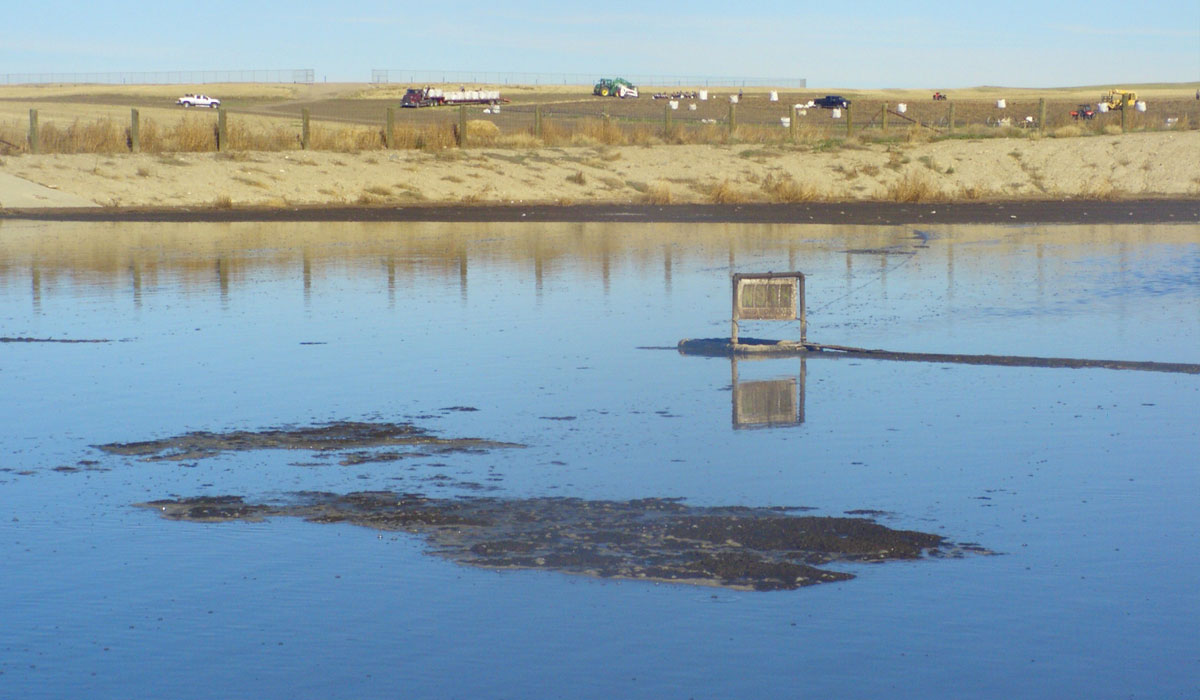 The system was only functioning at less than half capacity (only one of two rafts), yet the results were very positive. 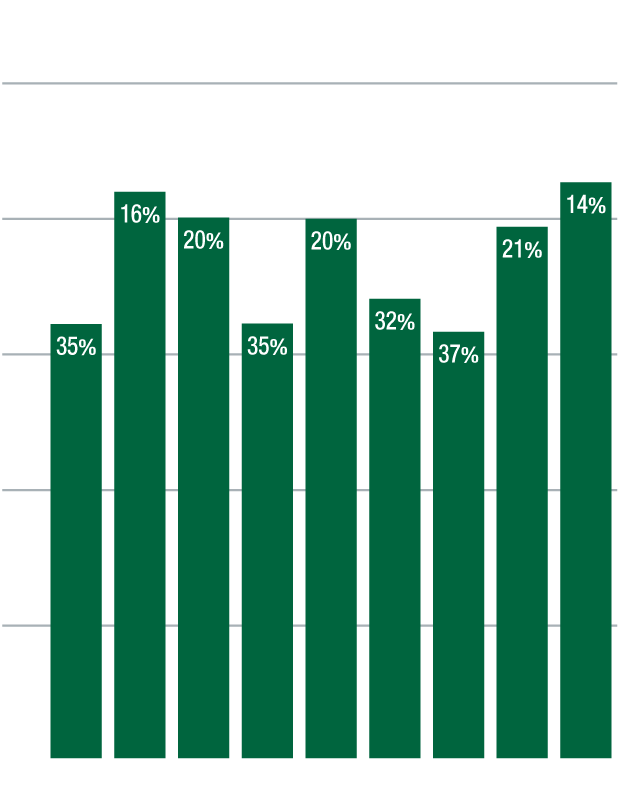 The manure system is typical of many green technologies, which can make significant environmental improvements but face barriers to market acceptance. In this case, it was not easy to convince farmers that the added expense justified somewhat intangible ecological improvements.

In 2016, when this pilot test was performed, the Cabon Credit market was undeveloped. However, with the adoption of carbon taxes and the need for industrial GHG offsets, now this technology has greater commercial viability.

The three results from the 25-day analysis that jump out are:

These result indicate that a system running for all months with temperatures above 5°C would virtually eliminate all methane emissions. At the proposed Carbon Tax rates from the Canadian federal government, the ROI for this technology would be less than two years for the average dairy farm. 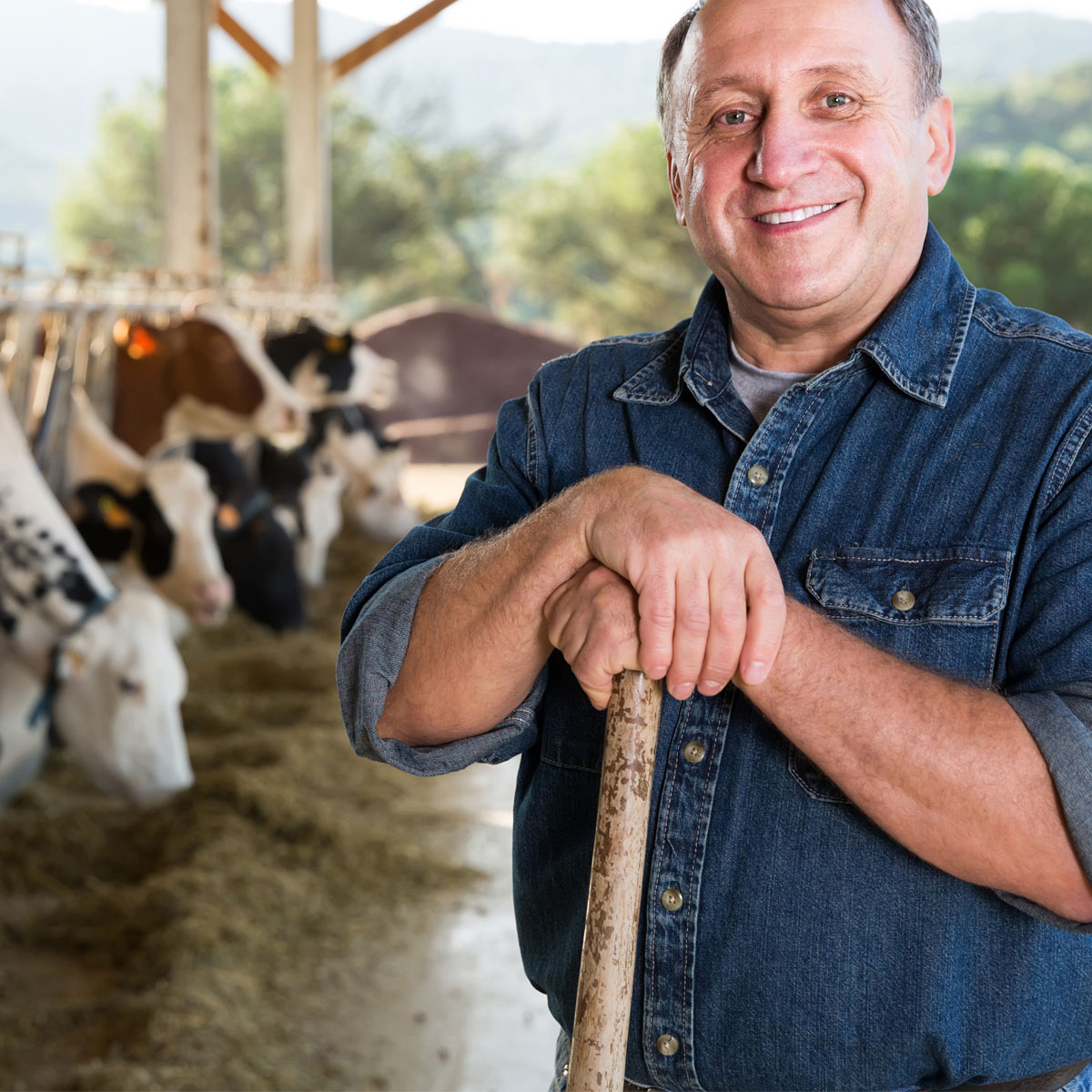